Go for the raffle

The victory of machine learning in the game of Go is an interesting example of how AI can solve complex reasoning tasks. At the Dutch Machine Learning Conference we will raffle a game of Go. You can participate by trying to beat the system! Bring the Go stone (black or white) that you received with your invitation or get one at the conference, and place your bets.

Deepmind done with Go after victory on world champion

With a win over reigning world champion Ke Jie, Google’s daughter Deepmind retires her Alphago AI system for the board game Go. The software made history in 2015 when it beat Korean top player Lee Sedol.

Deepmind has been working on Alphago since 2014, as a test case for reinforcement learning. This is generally regarded as the toughest branch of machine learning. The system only receives information about input and output and ultimately success. With that, it must develop optimal strategies. Interim steps are not corrected.

Go is an excellent problem for this system. The oriental board game has too many possible positions to calculate brute force, which was more or less the way computers managed to beat two human chess players two decades ago. The defeat of Sedol is generally seen as an important step in the development of machine learning. 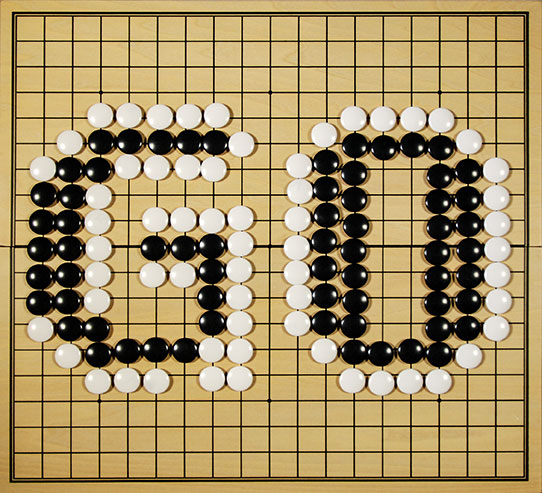 How to play Go

Go is a strategy board game for two players, in which the aim is to surround more territory than the opponent. The standard board has a 19×19 grid of lines, containing 361 points. The playing pieces are called ‘stones’. One player uses the white stones and the other black. The game consists of 180 white stones and 181 black stones.

The players take turns placing the stones on the vacant intersections (‘points’) of a board. Once placed on the board, stones may not be moved, but stones are removed from the board if ‘captured’. Capture happens when a stone or group of stones is surrounded by opposing stones on all orthogonally-adjacent points.

The game proceeds until neither player wishes to make another move. When a game concludes, the winner is determined by counting each player’s surrounded territory along with captured stones.

A teacher might simplify the explanation by saying to a student ‘you may place your stone on any point on the board, but if I surround that stone, I will remove it.’ 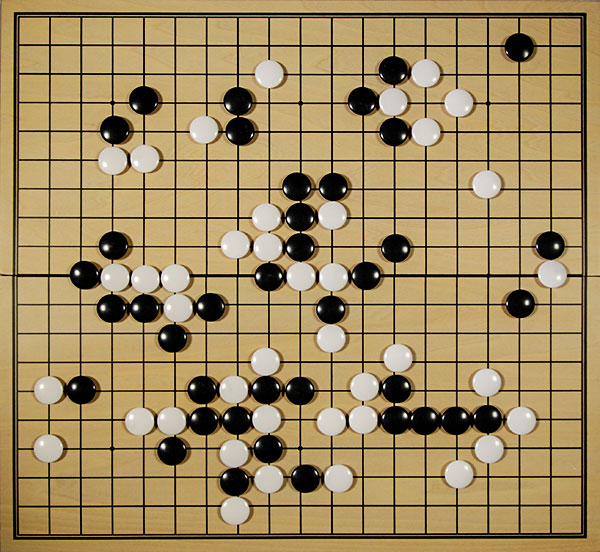