The story of Xsens

Xsens was founded in 2000 by TWO UT physics graduates, focusing on inertial motion sensing. By 2005 it had closed several investment rounds; had twelve employees and crossed the infamous Valley of Death. Scaling started, revenue went up and the company employed around sixty people by 2012. The founders started their preparations for their own exit and the company was acquired by Fairchild Semiconductor. Stagnation started and Fairchild went belly up. In 2017 Xsens was acquired by mCube and a next scaling round started. Nowadays it employs 120 people and has just co-acquired Kinduct, a leader in athletic information systems.

Boele de Bie is general manager of Xsens. He is responsible for Xsens, with a focus on people, business development, R&D and operations. Prior to joining Xsens, De Bie held several roles as CEO of start-ups and growth companies within Philips Consumer Electronics in Asia, and in companies in The Netherlands, in emerging technology domains. 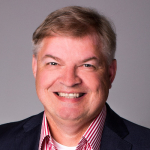